Threats Against the Jewish Community 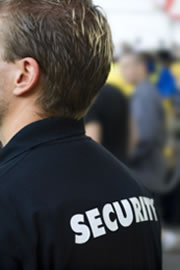 Threats To The Jewish Community

Does your organization have an emergency plan?
What are the warning signs of an active shooter?
Have you used the resources made available?

The goal of this workshop is to provide valuable information to prevent, prepare, respond and recover from active shooter threats, the most likely threat to our community today.

Most active shooter events are over in ten minutes or less, so the response to such an event is critical.  Seconds count in saving lives.  Our goal is to promote awareness of safety issues in relation to an active shooter event and empower the school to rapidly and effectively respond to the emergency.

This workshop one of a kind and not to be missed! REGISTRATION IS NOW CLOSED.