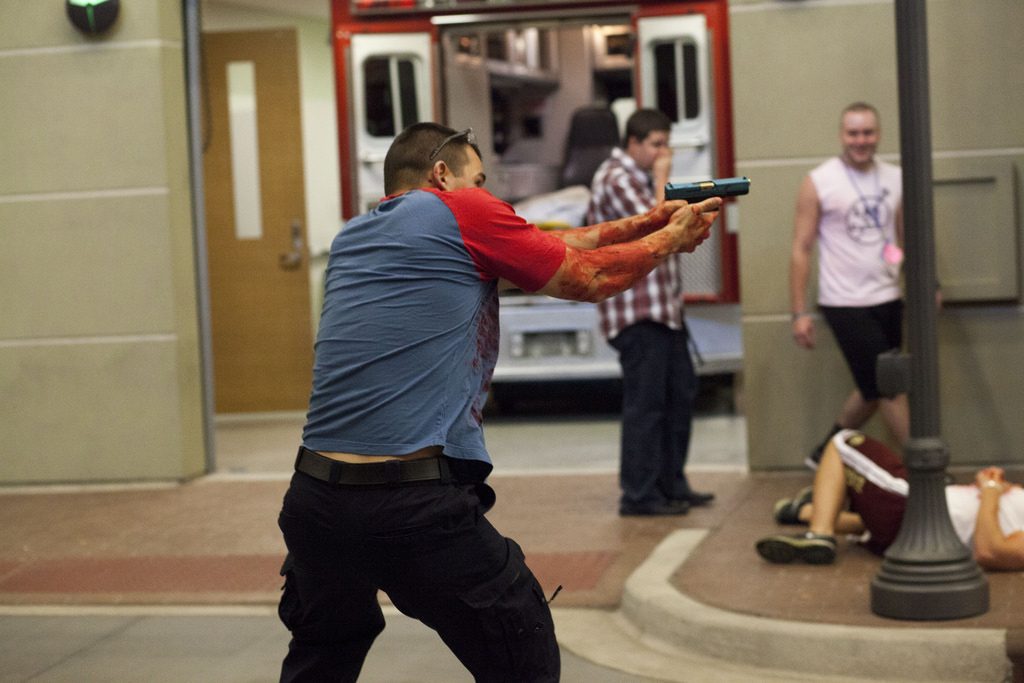 You too can learn how to protect yourself, your loved ones, and your business by enrolling in terrorism and workplace violence awareness training such as those offered by AEGIS Security & Investigations.

Fear of terrorist attacks has stricken the hearts of people around the world. Bombings, active shooters, and threats posted online have us tuned in to looking for the signs and signals indicative of terrorists. Without understanding the pre-incident indicators and nuisances that we see time and time again with attacks, it is impossible to mitigate their effects or prevent them from occurring.

Recently, the Center for Strategic & International Studies released a report demonstrating the extreme angst suffered because of the terror threat that expands globally. Nearly two-thirds of those surveyed identified terrorism to be the top threat facing their nation. At a similar rate, people were found to believe that a large terrorist attack would occur in the next year.

In the US, we fall into this same pattern. Terrorism tops off our nation’s list worries, even superseding local crime, healthcare, and unemployment woes. Much of this can be attributed to the tragic events the nation faced on 9/11, but the increase in concern in recent years is more likely linked to smaller-scale attacks such as the San Bernardino shooting last December. Active shooter attacks, bomb explosions, and cyber threats hit home for Americans.

So, what can you do in the event of a terrorist attack?

First, it is important to identify what a terrorist attack is. According to the Federal Bureau of Investigation (FBI), terrorism — and any affiliated actions — “involve[s] acts dangerous to human life that violate federal or state law.” They are aimed at changing governments, policies, and ideals in a society through means of violence and coercion. However, their ultimate function is to make a show of power by harming others.

Second, we must be able to identify types of terrorist attacks. Bombs and improvised explosive devices (IEDs) remain the “terrorist weapon of choice,” according to the US Department of Homeland Security. Cyber attacks are continuing to grow in their frequency. Active shooter situations are the leading form of terrorism in the US with 160 incidents recorded by the FBI between 2000 and 2013.

Third, we can learn how to respond. Many victims and bystanders are hurt in terrorist and violent situations because of a lack of knowledge about appropriate response. Participating in training is critical to closing this knowledge gap.

AEGIS Security & Investigations offers active shooter training programs designed for people at levels within an organization. These training are the first step in understanding you and your organization’s capabilities and responses to an incident. Taking the steps to become better prepared in hostile situations cannot only save your life but help save the lives of those around you.

The civilian active shooter training provided by AEGIS are intended to build on “run, hide, fight,” the long-standing method of saving yourself in these events. Workshops run from an hour to several hours dependent on the needs of the organization and individuals. Our most highly sought after workplace violence training program is our one-hour plus add-on Run, Hide, Fight Live Fire Demo; participants begin with a lecture and basic training on how to handle the situation and are then exposed to sample scenarios in which they practice those same skills. The effectiveness of this scenario can be viewed when on CBS here.