How to be Safe at the Polls 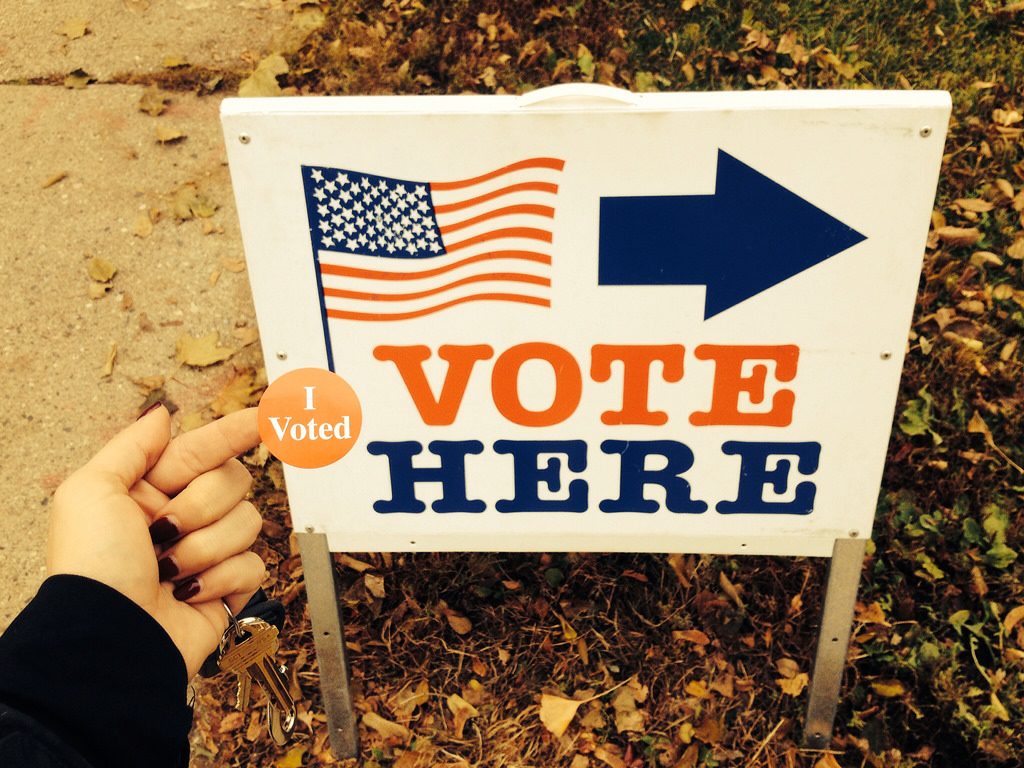 The discussion and threat of election day violence has surged around the country. Some schools that house polling booths are closing for the day. Others are beefing up security in anticipation. Laws and regulations about whether guns are allowed in or near voting spaces are being casually sited and published in various, non-government-based forums. People have already rushed the polls in an attempt to avoid the potential chaos that may break out across the country. And yet, we all share this responsibility: keeping our voting rights safe.

The primary tactic pollsters fear will be used is voter intimidation. This is illegal. No one may stop you from going to the polls or casting your vote (minus you forgetting to register or bring an ID) nor may anyone — be it through threat or force — prevent you from casting the ballot as you see fit (e.g., voting for who and what you want). No one may discriminate against you based on race, creed, gender or ablement.

What can you do if someone tries to stop you from voting? Report it! The Department of Justice has an easy, online form in which you can file an election complaint report. Just be sure to know your state and the name of the jurisdiction in which you attempted, failed, or succeeded to cast your vote. You should also let local authorities know, especially if they are near the polling station and can quickly access a situation to stop it. A new forum has emerged in light of recent intimidation threats against minority voters called Cada Voto Cuenta Voter Protection Program. The most important thing you can do is report people violating your rights as a voter.

Another potential threat at polls that has caused the drama of closing down schools and moving polling places is terrorism. Terror attacks may span from fist fights to bomb suspicion to active shooters. Again, reporting anything that looks suspicious is critical to your personal safety and the safety of those around you.

In the case of a fight breaking out, do not run into the heat of it. Locate a peace officer or security officer and ask for their help. If no one is available, call your local police authorities.

Should a bomb threat become apparent, follow these guidelines form the Department of Homeland Security:

Should you see a suspicious package, bag, or person, be sure to report it immediately.

With the reality of varied gun laws around the country, know what to do in the case of an active shooter. Remember Run, Hide, Fight. If possible, run away from the shooter and surrounding situation. Once you are in the clear, you can call 911 and request local authorities respond to your location. If you cannot run, hide. Get under tables, behind columns, or behind locked and barricaded doors that will inhibit the shooter’s ability to see you, seek you out, or access you. If there is no other option, prepare to fight the shooter. If there are other people with you, come up with a plan to attack the shooter before s/he can shoot at you. Improve weapons for yourself if possible. If it comes to this, know that you cannot stop fighting until the shooter is incapacitated. For more information and trainings, visit our site.

Yes, it is daunting to think that the race may be “rigged,” be it by government officials or by individual citizens. Even more so: the reality that our right to vote may be usurped by protesters, intimidators, and outright violence. As you go to cast your ballot, stay alert and report suspicious activities. No American should fear voting this election year, or ever.