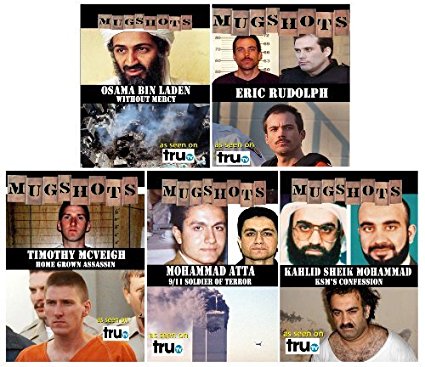 January 27, 2017 — a day that will live in history. President Trump signed into effect Executive Order: Protecting the Nation from Foreign Terrorist Entry into the United States. The contents of the EO named seven countries — namely in the Middle East — that are believed or known to have terrorist organization cells within their borders. In the post-9/11 era, sentiment regarding terrorism and how it relates to Islam and the Middle East has widely impacted western society, particularly as a result of the media and entertainment industries focusing on extremist minorities. But what does this EO mean in a context beyond accusations of racism, Islamaphobia and xenophobia? It could mean the emergence of homegrown violent extremists sympathetic to radical causes right here in the United States.

For decades, we have found homegrown violent extremists (HGVE) as part of the social and geo-political landscapes. Since 9/11 however, there has been a substantial increase in the thwarting of planned attacks by radical HGVEs both domestically and internally. These people are not necessarily those who train in terrorist camps, fight for ISIL in the middle east, or focus their attacks toward a single isolated group. They are a unique group of terrorists with societal roots that go deeper in to their homeland and desires that span far greater than protesting and advocating their beliefs.

Individuals who fit into the HGVE category are those who have been raised, taught, self-radicalized, or brainwashed to support the commission of a violent criminal act to achieve political, ideological, religious, social, or economic goals (see more here). Many Americans think that this happens only in foreign nations, particularly in countries with heavy Islamic influence. However, by definition, any individual or group who is subjected to this type of thinking — violence is the answer to large-scale change — can become an HGVE. Whether they are born in a foreign land or here in United States, extremists who use techniques, endorse violence or justify violent actions for the sake of the organizations they desire to represents’ goals are just that – extremists, without a “type” or “look”.

According to the Department of Homeland Security:

Violent extremist threats come from a range of groups and individuals, including domestic terrorists and homegrown violent extremists in the United States, as well as international terrorist groups like al-Qaeda and ISIL. Lone offenders or small groups may be radicalized to commit violence at home or attempt to travel overseas to become foreign fighters. The use of the Internet and social media to recruit and radicalize individuals to violence means that conventional approaches are unlikely to identify and disrupt all terrorist plots.

We have seen examples of these threats in violent outbreaks recently, including the Boston Marathon bombing, the San Bernardino shooting and the Orlando nightclub shooting. The people who instigated and followed through on these terrorist attacks were later found to be radicalized by groups who indoctrinate through HGVE practices. Some of the perpetrators were born in foreign nations while others were born here; the commonality was their support for the agendas of ISIS and ISIL. However, in the investigations after the incidents, it was not determined for any of them that they had had contact with members of those organizations, only their various media communiques.

What does all of this mean for the so-called travel ban per Trump’s Executive order? In short, it means that banning people from Islamic nations is not going to stop terrorism, nor does it mean that it is going to incite Muslims either born in or living in America to become terrorists. It does, however, provide a newfound platform for hatred, the underlying rationale that becomes amplified when mixed with targeted rhetoric and mechanisms of brainwashing that spark HGVE acts.

Hate crimes and terrorist activities such as those discussed here are indicative of the ideology spread in this type of extremism. Actions like a ban against a group of people because of their suspected beliefs and their identifiable ethnicity can lead to the development of hate against the oppressor. We have seen these stirrings before in America (though admittedly through far less violent acts) when the oppressed pushed back against the oppressors; nonetheless, spewing hatred has actively led to violence.

Perhaps this is why the nation is seeing protests against the ban. People want to stop the hate. It doesn’t help the president’s case when the reality of “where terrorists come from” is not the seven countries banned under his action. Per a study conducted at the Cato Institute, between 1975 and 2015, only “17 foreign-born folks from those [currently banned] nations were convicted of carrying out or attempting to carry out a terrorist attack on U.S. soil and they killed zero people. Zero Libyans or Syrians intended to carry out an attack on U.S. soil during this time.” Other reports indicate that the likelihood of being involved in an attack by a refugee is even lower than what can be expected from a jihadist with the odds at 1:3.64 billion. Additional data can be found here.

On the other hand, we have to look at the rhetoric of hate being used by Americans to justify this action. Americans are scared of terrorists. The thought of another 9/11 is horrific, and reasonably so. However, since that horrendous event, jihadist attacks have been sporadic and less successful than categorically non-terrorist attacks, including American-on-American gun violence. While 94 people have died as a result of terrorist activities, a shocking 301,797 were killed in “everyday” gun confrontations between 2005 and 2015. That means that people are worried about being attacked or killed by a terrorist, an event 3,000 times less likely than the possibility that they could be killed by a non-terrorist with a weapon. This is what the travel ban is truly playing on — the American psyche. This is why a reported one-third of Americans agree with Trump’s ban.

So, what should you take away from this post? For starters, the FBI and their affiliated teams working to preserve our national security are engaged every day, around the clock to prevent terrorist attacks. These efforts are not new (check out what the FBI did in 2016). As for our opinion, we join various security executives who are troubled by the travel ban, noting that of particular concern is the gateway this Executive Order may have opened to incite more homegrown violent extremist individuals and initiatives. Stay safe and be vigilant.