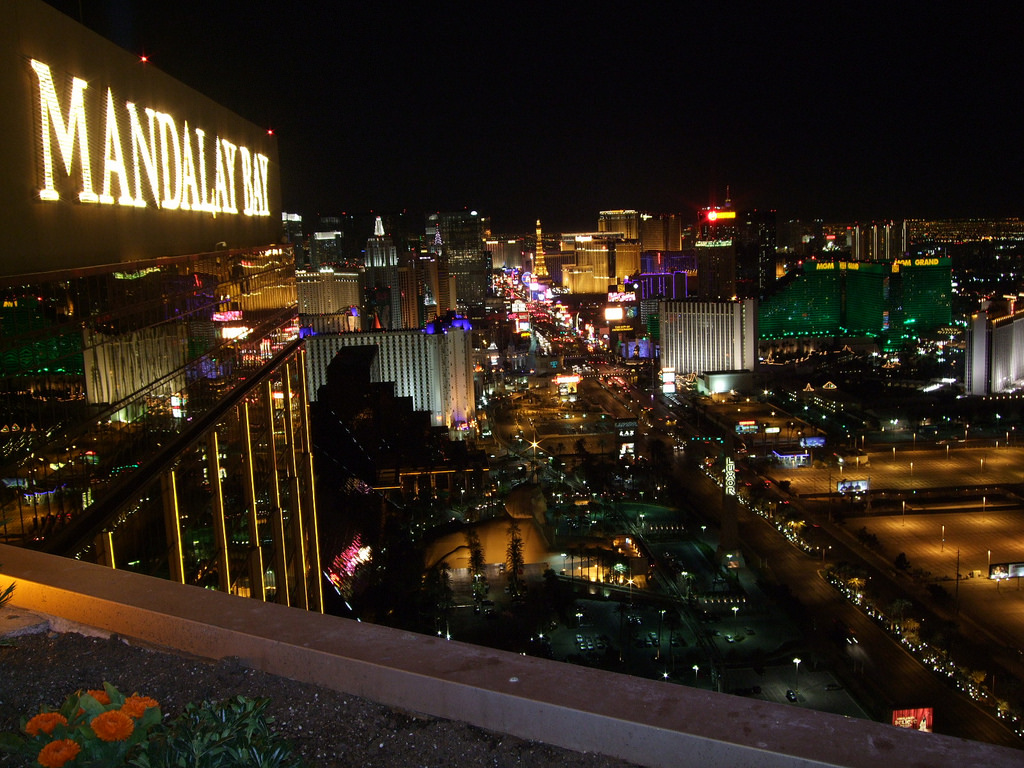 On Oct. 1, 2017, Stephen Paddock opened fire from a corner suite on the 32nd floor at the Mandalay Bay in Las Vegas attacking the Route 91 Harvest Music Festival while headliner Jason Aldean performed across the street. As he unloaded hundreds of rounds from 19 weapons, including rifles and handguns, chaos broke out as people were struck, as nobody knew where the attack was coming from. This act, one “of pure evil,” per the President, has left 59 dead and more than 527 people injured.

AEGIS Security & Investigations offers active shooter trainings for all levels of interest and need. In this blog, we aim to prepare you for the very real threat of active shooters at large-scale events like music festivals. This infamous act, being called the Mandalay Bay shooting by many news sources, offers many lessons for us as the world we live in continues to grow darker with increased acts of terrorism and mass shootings.

The sheer number of soft targets like Route 91, resonate that we must enhance our active shooter preparedness and site specific situational awareness through robust training programs. Being aware of your environment — who is there, what they are holding, how they are behaving, the nearest entrances and exits, and having a plan — increases the likelihood of identifying suspicious activities, reporting suspicious behavior, and preparing to run, hide, or fight.

The Mandalay Bay shooting has reinforced the problem that leads to the most destruction in any active shooter attack: early identification of method of attack and threat vectors of an active shooter once the attack begins.

In several reports, witnesses noted hearing gunshots and thinking the first round was fireworks. While not unlikely in a big event town like Vegas, this can be an easy mistake that can cause a lack of appropriate response from those who are under fire. If you think you hear gunshots, take action. Note that gunshots do not sound like a fireworks display — the pitch will be higher and sound like a “crack” rather than a “boom,” and it may be in rapid but not necessarily rhymic fire sounds, particularly where automatic weapons are involved.

Compounding the problem, identification of the location from where the gunfire was coming made the initial response that much more challenging. Footage from last night revealed that people were unable to identify the source of the gunshots and started moving toward them. Concert-goers had come in through a single entrance and as a result, it was their instinct to try to exit via that same route. However, that exit site was right under the gunman, across the street from the Mandalay Bay.

Though difficult to ensure every person who attends a major event is equipped to react to an active shooter, we can work as a society to prepare every event staffer for active shooter situations. It is critical that we train our staff at all workplaces to be able to identify active shooters early on. Part of an from AEGIS’ active shooter training course is to identify the source and its location. If the shooter is not obvious (e.g., a person wielding a gun right next to you or screaming “I have a gun”), you should look up and around you to see if there is someone in a window or balcony shooting down at the crowd. Doing so in the case of the Mandalay Bay shooting may have saved lives and prevented injuries as people may have been able to move away from the source of gunfire rather than directly into it.

Additionally, all events should have multiple exits that staff members are instructed to open and direct traffic to in the event of emergencies. It is also helpful to instruct guests at the beginning of events to locate additional exits nearest their seats so as to not hoard people in a central location.

On a personal level, it is critical to remember to not move with the crowd in an active shooter situation. It is human nature to want to move with the group and to follow others as stress rises in emergencies. Resist this urge; do not follow the crowd. In the Mandalay Bay shooting, the only exit people were moving toward was in the line of fire, which may have been one of the causes of the high injury and death rate. Instead, create a personal plan to move toward a shelter away from where you determine the bullets are being shot. In such a case, it may be best to hide and take shelter rather than run with the crowd.

The long and short of responding to an active shooter is this: As soon as you realize you are in an active shooter incident, be prepared to run, hide, and fight. Put yourself into a mindset that keeps you calm yet reactive. Your first instinct should be to run away from the situation. Once you can confirm you are safe, locate or call police officers or local security.

If running is not possible, find a hiding place. This can be the nearest space in which you can lock and/or barricade the door and take cover behind dense objects. If there is no room or space readily available, hide behind or under a large dense object, or in a dark space that would be difficult in which to identify a target for a shooter. Keep in mind that, if you are hiding, you may need to move to a new space as the threat gets closer and that you may also end up fighting. Wherever you are, fashion yourself an improvised weapon with which to fight.

Once you are safe and clear of the active shooter, contact first responders — law enforcement and paramedics — immediately. Identify as many factors of the situation as possible. Think about the time the shots started; where you identified the shots were coming from; how many people you think might be harmed; whether you can still hear shots or when they seemed to stop; and where you are. From there, reach out to others who may be need of help. The primary goal for you, though, is to get yourself out of range of the active shooter.

AEGIS Security & Investigations offers active shooter training programs designed for people at all levels within an organization, and they can be tailored to training large groups of staff that will work premier events. These trainings are the first step in understanding you and your organization’s capabilities and responses to an incident. Taking the steps to become better prepared in hostile situations cannot only save your life but help save the lives of those around you.

Even with our knowledge, we are in shock that any one person could cause so much harm. Our deepest sympathies go out to the victims and their families and friends.