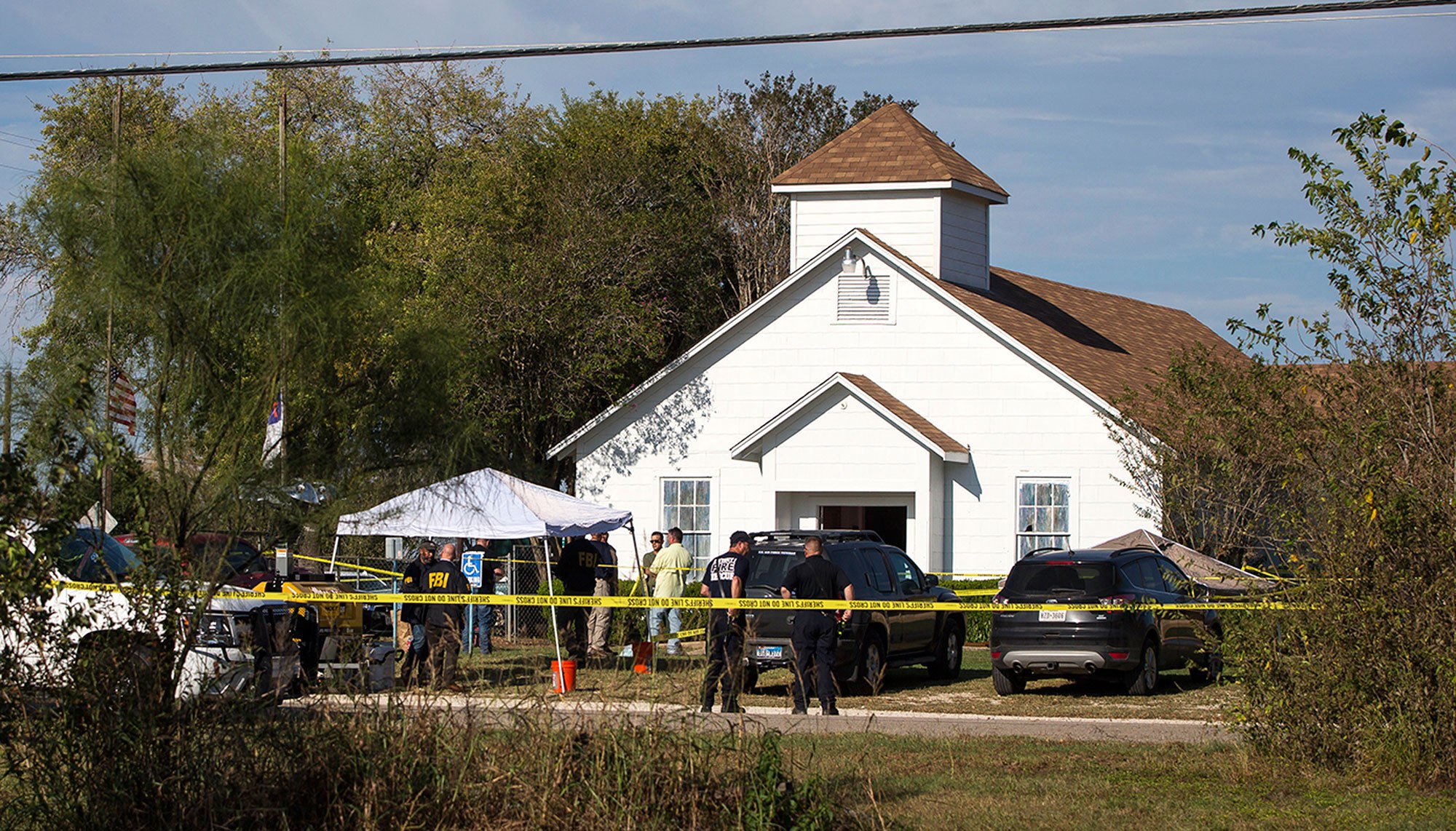 In this article, we discuss our stance on mental health correlation to active shooters, the consideration of gun regulation, the significance of security guard status in the state of California, identifying soft targets, and, of course, preparing religious organizations for the worst.

AEGIS Security & Investigations has posted numerous blogs about active shooters in the last year. With horrific events like the Las Vegas massacre and North Park Elementary shooting in just the last few months, it is with a heavy heart that we discuss the terror Texas faced in this past Sunday’s church shooting.

The First Baptist Church in Sutherland Springs suffered a heavy loss in its community when a 26-year-old man opened fire and killed 26 people, including infants and the elderly. This man has been heavily researched by law enforcement and media alike, and the revelations about his past have shocked America. Unfortunately, the shooter matches a picture of active shooters.

First, the topic of mental health and active shooters. In the days right after the shooting, it was revealed that Devin Patrick Kelley was not mentally stable. Reports about his lacking psycho-emotional capacities include his status as dishonorably discharged from the Air Force and an escapee from a behavioral health clinic. He also had a history of domestic abuse against his ex-wife and stepson. CNN reports on the full story here. With all of that said, a look at the role of mental health in active shooter behavioral tendencies is necessary.

There has been a renewed interest in linking mental health issues to active shooters and other criminals. On the one hand, we can assert that a history of abuse is may to lead to future acts of abuse and violence against oneself and others. On the other, diagnosing mental health problems as the central issue with active shooters is a dangerous road to traverse. Research in the last few years has indicated that claims assessing mental health as the central reason for a perpetrator’s break into extreme violence is not necessarily 100 percent accurate. There is often indication of a link but not a identifiable causation. Nonetheless, a history of mental health problems with violent tendencies may be indicative of a predisposition to violent outbursts such as becoming an active shooter.

Ultimately, the take-away in this section is looking for pre-incident indicators that go beyond looking for the person with a gun. Kelley had a history of violence against those close to him that landed him in hot water with the military. It is important that those incidents be reported across various forums to prevent someone in his situation from obtaining a gun.

Second, our thoughts on gun control in this situation. Gun control is always a hot topic right after a mass shooting because we are generally unsure how the perpetrator got a hold of a gun. In this case, the shooter was denied a gun license but hard passed a background check needed to purchase the AR-556 rifle believed to have been used in the shooting. Unfortunately, this happens a lot with weapon attainment. Considering you can make a gun from a 3D printer that is untraceable, gun regulation is not the central problem we face in active shooter situations. While Kelley never should have had a rifle, it is his behavior and his ability to pass a background check with a notated history of violence that should have set off alarms somewhere along in the process.

Third, the shooter was a former security guard. Kelley reportedly received a guard card in the state of Texas and was quickly terminated from a position he held with a company in the state. While AEGIS cannot speak to the qualifications for security guards outside of California, we can assert you that California guards are required to go through a background check and educational course to obtain a license from the Bureau of Security and Investigative Services (BSIS). BSIS posts all of their requirements here, and notably require that all applicants undergo a criminal history background check issued by the California Department of Justice and Federal Bureau of Investigation. It is important to note again that Kelley’s behavior on multiple levels had been found unacceptable prior to this unfortunate incident; such a pattern is necessary to identify as early as possible in preventing active shooter situations.

Lastly, soft targets need to be able to self-identify and utilize active shooter trainings to increase their security. Soft targets are spaces or venues that are considered unprotected and vulnerable to any type of attack. They include places of worship, schools, public spaces and large event venues. While these places may have security presence, especially large event venues, they do not have formal barricades or perimeters set to prevent an act of extreme violence. Because this church was known to the community, it was not a ready suspect for a massacre. Unfortunately, it does meet industry standards for a soft target attack due to its high capacity of attendees and central location in the county.

Because of the Texas church shooting, many churches are questioning the need for security, especially armed security. In our experience, places of worship should consider security if there has ever been a threat posed to the physical structure, personnel within the ministry, the congregation as a whole or an individual within the congregation. Deterring a threat can be challenging, but hiring a licensed Private Patrol Operator with licensed armed security guards can save you the trouble of handling that threat should it come to fruition. AEGIS specializes in security for places of worship and has a unique training program for all security officers we hire and deploy.

Soft target organizations should focus on enhancing their active shooter preparedness. Whether you are in an office, airport, restaurant or nightclub the active shooter threat is real. Since the manufacturing and sale of multiple round, detachable, and high capacity magazines for semi-automatic handguns, the active shooter threat has become increasingly more prevalent in society. With a wide variety of warning signs of a gunman, it takes the public, law enforcement, security and staff with the training to observe what to look for and to have the attentiveness to call the police.

Get active shooter training today. AEGIS Security & Investigations conducts active shooter training programs designed for people at all levels within an organization, and they can be tailored to training large groups of staff that will work premier events. These trainings are the first step in understanding you and your organization’s capabilities and responses to an incident. Taking the steps to become better prepared in hostile situations cannot only save your life but help save the lives of those around you.

Our sympathies go to the family, loved ones and friends of those killed and injured in the First Baptist Church in Sutherland Springs, Texas shooting. We look forward to hearing of the community’s recovery in light of this tragedy.