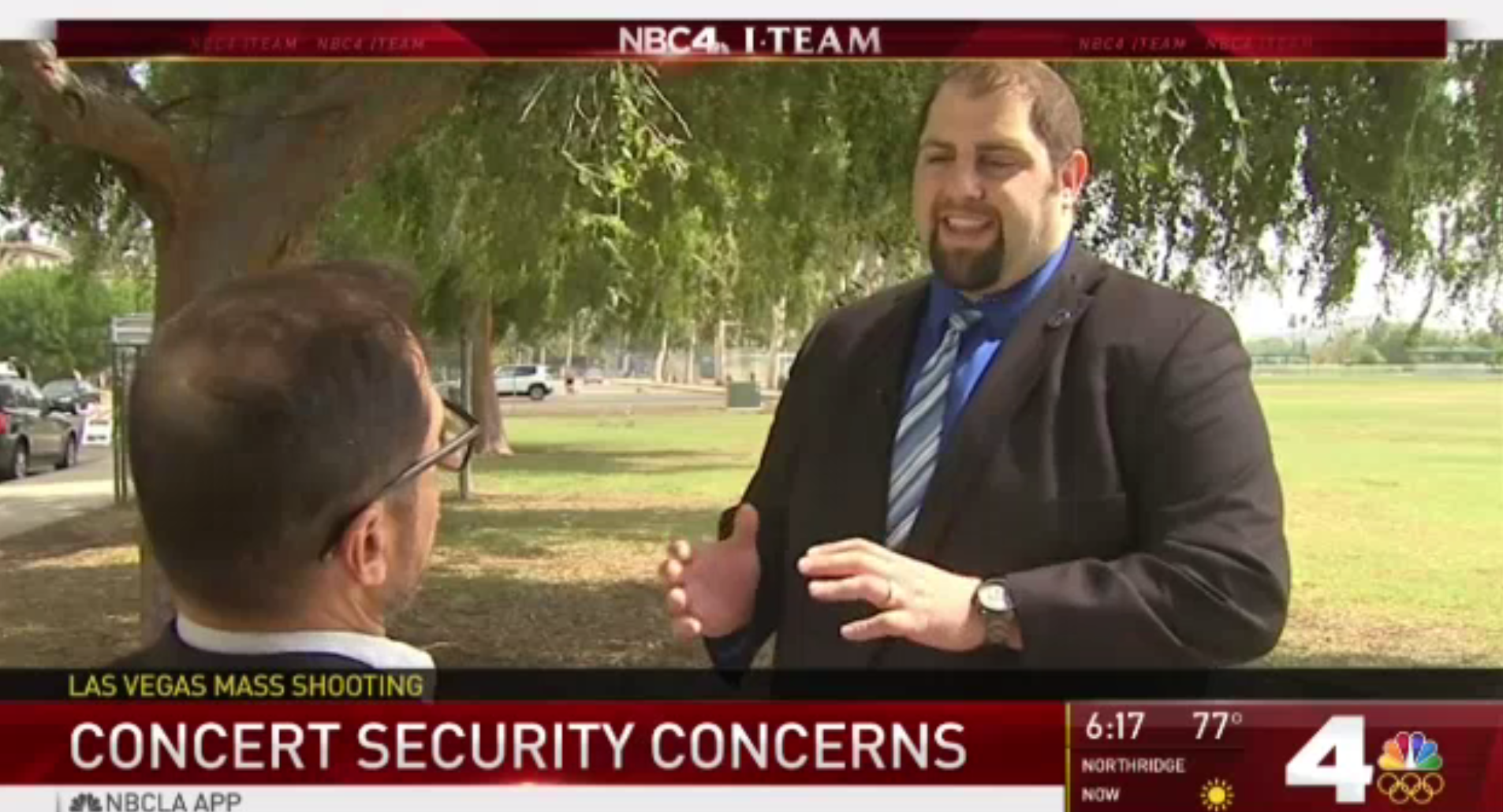 AEGIS Security & Investigations conducts active shooter training programs for civilians in how to prevent, prepare for, and respond in the event of an attack. The October 1st Mandalay Bay shooting that left 59 dead and nearly 530 people injured has offered many lessons for security experts and law enforcement. AEGIS’ own Jeff Zisner, CEO and Los Angeles security expert, recently discussed the particularly unique situation posed by the Las Vegas incident — aerial attacks and open-air venues colliding.

In NBC4’s news segment covering the security challenges of open-air events, Zisner discussed the need to screen every person who enters the event carefully as well as to set up perimeters the prevent and deter soft target attacks like that at the Route 91 festival.

“You are looking for the person who doesn’t fit,” said Zisner in the report. “Those are the people you want to pay attention to.”

Other points raised in the segment include expectations for security at large events like concerts from this point forward. Zisner predicts that security will be heightened at all venues, particularly at open-air sites, which will incur increased costs. This cost will probably be shifted onto concert attendees, but it will be a necessary cost to prevent active shooter incidents like in Las Vegas and even bombings like in Manchester.

Whether you are in an office, airport, restaurant or nightclub the active shooter threat is real. Since the manufacturing and sale of multiple round, detachable, and high capacity magazines for semi-automatic handguns, the active shooter threat has become increasingly more prevalent in society. With a wide variety of warning signs of a gunman, it takes the public, law enforcement, security and staff with the training to observe what to look for and to have the attentiveness to call the police.

Get active shooter training today. AEGIS Security & Investigations conducts active shooter training programs designed for people at all levels within an organization, and they can be tailored to training large groups of staff that will work premier events. These trainings are the first step in understanding you and your organization’s capabilities and responses to an incident. Taking the steps to become better prepared in hostile situations cannot only save your life but help save the lives of those around you.